When dairy farmers extended the calving interval of the high-productive heifers and cows in their herd until maximum 531 days, they achieved equal milk production per day compared with cows in shorter lactations in the same herd. Fertility was the same when insemination was delayed.

Researchers found that animals with a high peak production and high 305-d yield most often ended up in longer lactations. This is probably partly due to the applied strategy of the farmers, and partly the result of a lower fertility in high-productive animals, making it more difficult to conceive for them. High-productive cows not only had longer lactations, but also more days after calving until first insemination, compared with relatively low-producing cows in the same herds.

Similar fertility when insemination was delayed

The expectation was that pregnancy rate would be increased with a delay of the first insemination post calving, because cows would have more time to recover from calving and the negative energy balance.  The percentage of pregnant animals after the first insemination was, however, not higher when this first insemination was delayed. A possible explanation is that cows on these farms were selected for a delayed insemination, based on a high milk peak or high lactation production. By selecting these high-productive cows for an extended lactation and giving these cows more time after calving, possibly cows are inseminated at equal daily milk yield, and equal metabolic state, resulting in a same chance for pregnancy, as compared with cows with lower milk peak or lower lactation production.

Next to this observational study with 13 dairy farmers, an experiment takes place within the project. In an experiment at the Dairy Campus, 150 cows have been divided over three voluntary waiting periods until insemination: 50 days, 125 days, and 200 days. The first preliminary results of this study have been published earlier this year (link to news item on project website). The planning is that in 2021 both the results of the observational study and results of the experiment contribute to a decision support model for an optimal lactation length per individual cow.

This research project ‘Customized Lactation Length’ is financed by DairyNL and the Ministry of Agriculture, Nature and Food Quality. CRV contributed to the supply of data. 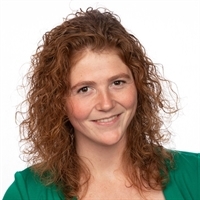 Do you have a question about this article? Please contact: EEA (Eline) Burgers MSc
+ Show more (1)

Article in Journal of Dairy Science