Methane inhibitor Bovaer® by DSM significantly reduces the emission of methane by dairy cattle in the Netherlands. The reduction varies between 27% and 40% per cow, depending on the animal’s ration and the amount of methane inhibitor administered. The EU member states approved DSM’s feed supplement for the European market in February of this year. Brazil and Chili had previously accepted the supplement.

The study was conducted by Wageningen Livestock Research on innovation centre Dairy Campus between the end of 2019 to the beginning of 2020. The results were divulged in a press release in January 2021. The results were recently published in the Journal of Dairy Science.

The test with Bovaer® was conducted to establish methane reduction in three different configurations of grass silage and maize silage in the cows’ roughage typical of the circumstances in the different regions in the Netherlands, and with two different dosages of Bovaer®. The data gathered supports the accreditation of Bovaer® in the climate module of the Anual Nutrient Cycling Assessment (ANCA) but are applicable to the whole of Europe.

A quarter of a teaspoon of Bovaer® daily per cow reduced the emission by an average of 30%. Thus, the supplement directly contributes to reducing the ecological footprint of meat, milk and dairy products.

Bovaer® is the first additive with a proven effect on lowering methane emissions to be approved by the EU. Methane’s climate-warming potential is 28 times higher than that of carbon dioxide. This is one of the reasons methane emissions must be addressed as soon as possible. The DSM supplement contributes to this goal. The product fits in with the EU ambition to make agriculture greener, as well as with the ambitions formulated in the Farm to Fork strategy.

Agricultural innovation is the key

In explanatory notes, the European Commission has indicated that Bovaer® is safe and does not impact the quality of dairy products. ‘Innovation is the key in achieving a sustainable food system’, says EU-commissioner of Health and Food Safety Stella Kyriakides. ‘Admission of a product such as Bovaer® is an example of what we can achieve with new agricultural innovations.’ 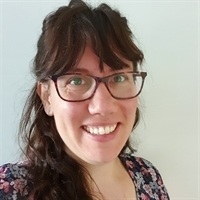 This research on the methane inhibitor was conducted and supervised by a consortium of partners from throughout the dairy value chain: DSM, Wageningen Universiteit & Research, FrieslandCampina, Agrifirm, De Heus Voeders and ForFarmers.

How to reduce greenhouse gas emissions?